The Art Of Giving

"Give, and it will be given to you.  A good measure, pressed down, shaken together and running over, will be poured into your lap.  For with the measure you use, it will be measured to you." (Bible / Luke 6:38 /New International Version / NIV).

The   parable of the Good Samaritan is one of the most fascinating in the Bible.  It teaches us and reminds us that it is commendable to help, to do good deeds, to give freely to others without any hope or expectations of getting something back from them, and with no strings attached.  This is where divine nobility is born and formed, this is also where real intrinsic pleasure springs forth.  The pleasure is not only intrinsic, but it is also divinely-reciprocating, meaning, it produces and generates great pleasure to God as well, for He knows that He can Fully count on the Good Samaritan to be Truly and Genuinely His hands extended here on Earth.  Somebody got to embed, to embrace, and to the role of His Divine Representative here on Earth, and this is a calling that is open to as many human beings as possible.

This is a Very Special Calling to be a Good Samaritan, to submit our hearts, our will, our emotions, our resources, our money to the will of God, and to behave according to His Divine Purpose as per the special stature, and as per the angelic status. His/her individual positioning will always be timely for the purposeful outcome of the benefit to the recipient, and for the blessings or rescue to the beneficiary, again truly and fully, without any strings attached, therefore, without any form of payback, compensation, award or reward in return.

The ability of the true Good Samaritan to fly above the earthly search for acknowledgement, recognition, and compensation is what makes them unique, is what differentiates them from others, and from those that are not called this status.  They naturally understand that they are not seeking any personal gain, any individual satisfaction, any self-, or any .  They are here just to their mandate and move on.  That is why they are never offended because they do not seek immediate appreciation, they do not expect manifestation or expression of gratitude.  The so-called ungratefulness towards is often the case they live by, is never an issue for them.  Like a Guardian Angel who rescues, their mission, moves on to the next assignment, and then disappears forever, the Good Samaritan, entrusted and bestowed with the same helping calling, just moves on, and disappears from the environment, from the territory, and from the scene of their good deeds forever.

Their behavior and their mindset are based on something unique to their understanding. They know that it is not about the here and now.  It is rather about eternal rewards, about deposits made to the spiritual bank in Heaven, and about investments made in eternity.  That is why, again, and time again, they do not fuss, and they never fume about the temporary things, the little passing stuff and token of the here and now, and of today, regardless of how big and how gigantic those things and stuff may seem, may appear, and may be to others.  They bigger picture of eternity in mind, where everything is grandiose in scale, immeasurable in size, incomparable in beauty and splendor, priceless in treasure and value, incomparable in terms of imagination, and in terms of what the mind can conceive.

One may wrongfully judge them, may laugh at them, may joke or make fun about them, may even think of them as fools, easy to be played, or easy to be manipulated, or easy to be conned and scammed, and so on.  Nonetheless, their divinely-revealed knowledge of the existence of the bigger, the greater, and the better picture, makes them the true Champions that they are, faithful to their calling, fixed their mission, unwavering to their modus operandi.  They are selfless, -large givers, unconditional helpers, transparent, with a "what-you-see-is-what-you-get" attitude, and they remain true to their altruistic devotion, and to their philanthropic mandate to do good at all costs, and no matter what it takes.

As a serious word of caution, and to avoid any blatant misinterpretation, the recipient or the beneficiary of the gesture of goodness, of generosity, or of kindness is by no means to be perceived or considered as an inferior individual, or as a subservient (or "less important") person to the Good Samaritan.  Immature witnesses that are aware of the heroic act of kindness are not to consider the Good Samaritan "Giver" or "Helper" as Superior to the beneficiary who happens to be at a moment of weakness, of , of dire and urgent need, of powerlessness, of despondency, and of vulnerability.  Heartfelt Gratitude and Elevated Appreciation are Highly Sufficient enough without the compelling need, the tendency, and the impulse to place the Good Samaritan on an unexpected and unneeded pedestal above the recipient.  Both recipient and Good Samaritan have been strategically and respectively placed by God, for a divine purpose, so that God's Glory may be manifested, and in order for God's name to be exalted.  No one is superior or inferior to another.  The understanding of the individual role, of each other's synchronized positioning at the specific time and moment, must be justly, maturely, and fairly managed and interpreted.  We must also bear in mind and understand that their respective role of today could be inverted at any given time, in any other place, by other assigned and designated actors in the future.  We just do not know.  That is why inflated or derogatory comments or judgement must be vehemently silenced, and strongly avoided by all means.

In terms of an extended perspective, a woman in the Bible, Mark 12:41-44, has placed two very small coins in the Temple Treasury (that is the equivalent of what we would call today the Collections Plate, or the Offerings Bucket or Basket), which is all she had to give.  Moved and touched by her sheer act of giving, by her obedient spirit, and by her magnanimous gesture, Jesus mentioned to His disciples that this woman has given more than everybody else. She has given her all out of her poverty, while the others have given out of their abundance.  The story titled "The Widow's Offerings" is so and so timeless that it is mentioned in the Bible for us to still learn from it today and now in our generation, and for us to give it a serious consideration as per its significance.  To could say: "That woman has given largely, lavishly, and sacrificially out of her lack, and in consistency with her intrinsically-rich stature, while the others have given and contributed meagerly and poorly out of and with respect to their substantially-rich abundance".  This story is also mentioned in Luke 21:1-4.

In other words, it is good and commendable to give, to help, and to do good.  However, the spirit of humility, of selflessness, of self-sacrificing, and of heartfelt impulse with which we give is what makes the big difference between a mere giving routine exercise, and a genuine act of impulsive sharing and heartfelt giving, which we can also refer to as an act of pure and serious worship depending on the context.  This is the point where pure divine blessings abound, blessings that also encompass insights, inspiration, foresight, revelations.  This is also the point where, by our genuine gesture of giving, praises go up, and where we manage to touch the heart of God.

One Entity and Technology Giant on the planet that I consider to be a Good Samaritan, and that I truly like because of their approach towards giving and sharing is Google.  I mentioned about them on my previous blog posts before.  And, I will never stop referring to them as such.
Posted by Joseph Dubois at 6:10:00 AM

Joseph Dubois
Welcome to my Profile! I am Very Happy to Share my Blog with You. Please, Enjoy Your Discovery! Thank You.

Greetings and Thank You For Your Visit! 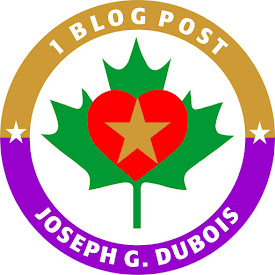 We Appreciate Your Visit. ❤️

*SPECIAL NOTE*: The "COVID-19" (Coronavirus) PANDEMIC Is Our Very Deep & Our Very Big CONCERN. Our Blog & Our YouTube™ Channel ("Joseph Dubois 1") VOLUNTEER To Be Your Desktop Companions & Your Great Browsing Options On Your Electronic Devices (& On Your TV) During The Course Of The "COVID-19" CRISIS. Thank You.

"WE LOVE YOU & WE APPRECIATE YOU."

Welcome to Our Blog. You are invited to post your comments, and to share your opinions as you please. Thank you.

This Blog is our "Self-Assigned Initiative", and our "Genuine VOLUNTEERING Project" via 100%-FREE Google™ Technology.

Please, Feel Free to "Share This Blog" with Your Family, Your Friends, Your Circle, and Your Connections. This Whole VOLUNTEERING Work plus Our YouTube™ Channel ("Joseph Dubois 1") are Created "Just For You". Enjoy Your Exploration! Thank You.

Please, Click The Image To View Our ENLARGED Featured PHOTO. Thank You.

🏅 Our Thanksgiving GESTURE Of GRATITUDE

SEARCH This Blog: Enter Your Keyword or Text

🚀 This Week In Space

Wikipedia: Click The LOGO To ACCESS The Free Encyclopedia; Or, Enter A Keyword In The Search Window

Our BEST RECORD VIEWS "YET"

Joseph Dubois
Welcome to my Profile! I am Very Happy to Share my Blog with You. Please, Enjoy Your Discovery! Thank You.

E-Book: From Blog To E-Book. A Formatted / Technological Transposition 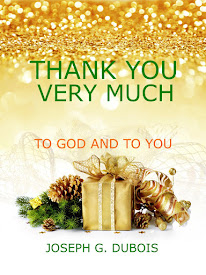 (1) Click The E-Book Cover Image To DOWNLOAD The FREE E-Book; (2) Then, EXPLORE The Rich E-Book Variety, The Options, & The Possibilities That Are Available On The SITE. 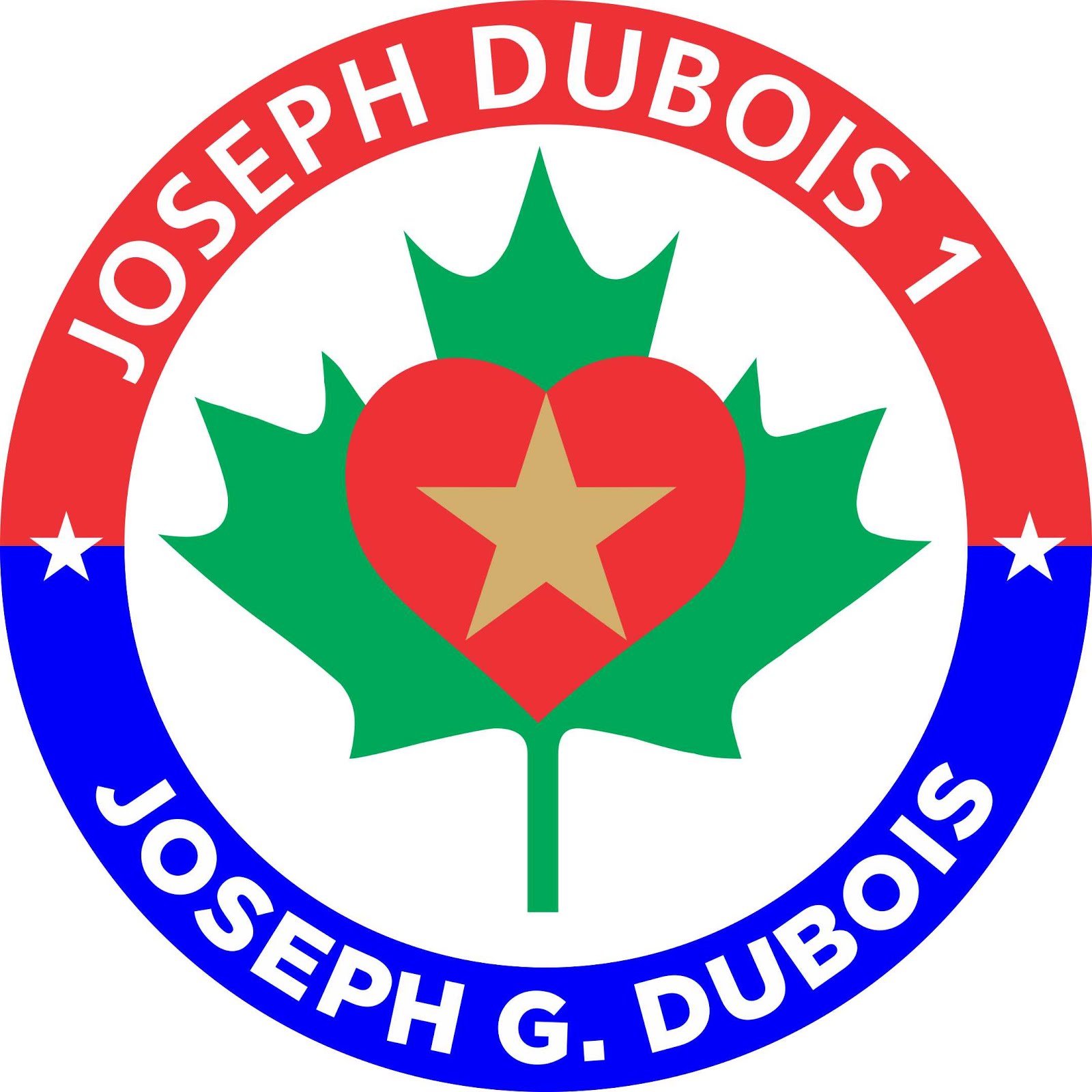